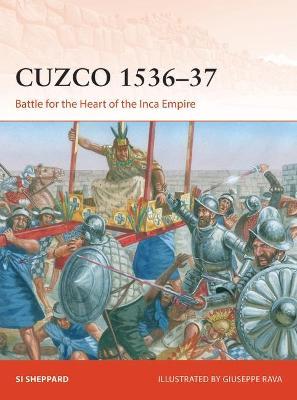 In April 1532 a bloody civil war between two brothers ended with one of them, Atahualpa, as master of the mighty Inca Empire. Now the most powerful man in South America, his word was law for millions of subjects spread across thousands of square miles, from the parched deserts of the coast to the lush rainforest of the Amazon and along the spine of the soaring Andes Mountains. But the time of the Incas was coming to an end. In November of that year a handful of Spanish conquistadors led by Francisco Pizarro seized Atahualpa at Cajamarca, extorted his treasure, murdered him, and then marched on the Inca capital Cuzco to elevate a puppet, Manco, to the vacant throne. In 1536, however, Manco roused his people against the intruders, and the Spaniards found themselves isolated and fighting for their lives. This fascinating and beautifully illustrated book brings to life the background to and progress of the desperate 10-month siege of Cuzco; the opposing commanders, their fighting men, tactics, and military technologies; the key clashes, from Sacsayhuaman to Ollantaytambo; and how the outcome shaped our world today. 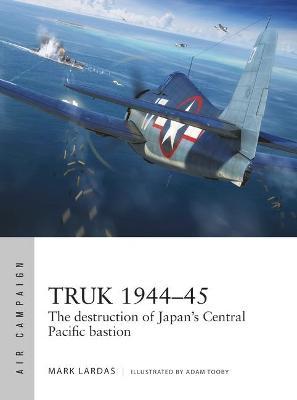 A fully illustrated history of how the US Navy destroyed Truk, the greatest Japanese naval and air base in the Pacific, with Operation Hailstone, and how B-29 units and the carriers of the British Pacific Fleet kept the base suppressed until VJ-Day.
In early 1944, the island base of Truk was a Japanese Pearl Harbor; a powerful naval and air base that needed to be neutralized before the Allies could fight their way any further towards Tokyo. But Truk was also the most heavily defended naval base outside the Japanese Home Islands and an Allied invasion would be costly. Long-range bombing against Truk intact would be a massacre so a plan was conceived to neutralize it through a series of massive naval raids led by the growing US carrier fleet. Operation Hailstone was one of the most famous operations ever undertaken by American carriers in the Pacific.
This book examines the rise and fall of Truk as a Japanese bastion and explains how in two huge raids, American carrier-based aircraft reduced it to irrelevance. Also covered is the little-known story of how the USAAF used the ravaged base as a live-fire training ground for its new B-29s -- whose bombing raids ensured Truk could not be reactivated by the Japanese. The pressure on Truk was kept up right through 1945 when it was also used as a target for the 509th Composite Squadron to practise dropping atomic bombs and by the British Pacific Fleet to hone its pilots' combat skills prior to the invasion of Japan. 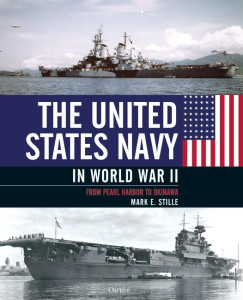 Although slowly building its navy while neutral during the early years of World War II, the US was struck a serious blow when its battleships, the lynchpin of US naval doctrine, were the target of the dramatic attack at Pearl Harbor. In the Pacific Theatre, the US was thereafter locked into a head to head struggle with the impressive Imperial Japanese Navy, fighting a series of major battles in the Coral Sea, at Midway, the Philippine Sea, Leyte Gulf and Okinawa in the struggle for supremacy over Japan. Having avoided the decisive defeat sought by the IJN, the US increased industrial production and by the end of the war, the US Navy was larger than any other in the world.
Meanwhile in the west, the US Navy operated on a second front, supporting landings in North Africa, Sicily, and Italy, and in 1944 played a significant part in the D-Day landings, the largest and most complex amphibious operation of all time.
Written by an acknowledged expert and incorporating extensive illustrations including photographs, maps and colour artwork, this book offers a detailed look at the strategy, operations and vessels of the US Navy in World War II. 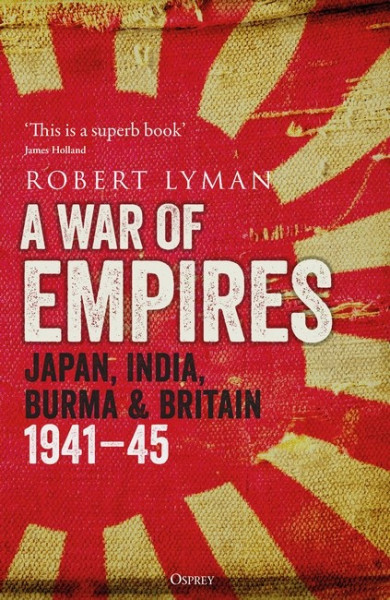 In 1941 and 1942 the British and Indian Armies were brutally defeated and Japan reigned supreme in its newly conquered territories throughout Asia. But change was coming. New commanders were appointed, significant training together with restructuring took place, and new tactics were developed. A War of Empires by acclaimed historian Robert Lyman expertly retells these coordinated efforts and describes how a new volunteer Indian Army, rising from the ashes of defeat, would ferociously fight to turn the tide of war.
But victory did not come immediately. It wasn't until March 1944, when the Japanese staged their famed ‘March on Delhi', that the years of rebuilding reaped their reward and after bitter fighting, the Japanese were finally defeated at Kohima and Imphal. This was followed by a series of extraordinary victories culminating in Mandalay in May 1945 and the collapse of all Japanese forces in Burma. The Indian Army's contribution has been consistently forgotten and ignored by many Western historians, Robert Lyman proves how vital this hard-fought campaign was in securing Allied victory in the east, defeating Japanese militarism and ultimately redrawing the map of the region with an independent India, free from the shackles of empire, all but guaranteed.
Tags: Анонсы, Книги
Subscribe