Storm-333, the operation to seize Kabul and assassinate Afghan leader Hafizullah Amin, was at once a textbook success and the start of a terrible blunder. It heralded the Soviet invasion of Afghanistan, an operation intended to be a short, largely symbolic show of force, yet which quickly devolved into a gritty ten-year counter-insurgency that Moscow was never able to win. Nonetheless, Storm-333 was a striking success, and despite initial concerns that it would be an impossible achievement, it saw a relative handful of Soviet special forces drawn from the KGB and the military seize the heavily defended presidential palace, neutralise the city's communications and defences, and open Kabul to occupation. The lessons learned then are still valid today, and have been incorporated into modern Russian military practice, visible most recently in the seizure of Crimea in 2014.
Written by a recognised expert on the Soviet security forces, drawing extensively on Russian sources, and fully illustrated with commissioned artwork, this is the most detailed and compelling study of this fascinating operation available in English. 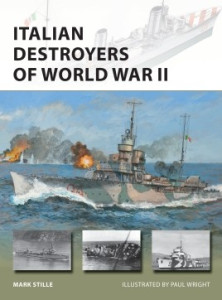 The Italian Royal Navy (Regia Marine or RM) began the Second World War with one of the largest fleets in the world. Included in this was a total of 59 fleet destroyers, and others were added during the war. These were a diverse collection of ships dating back to the First World War, large destroyers built to counter ships of similar size being introduced in the French Navy (the RM's historical enemy), and medium-sized ships which constituted the bulk of the destroyer force. RM destroyers were built for high speed, not endurance since they were only expected to operate inside the Mediterranean. They were also well-armed, but lacked radar.
During the war, RM destroyers fought well. With the exception of a small force based in Abyssinia which fought a series of battles in the Red Sea against the British, RM destroyers were active in the Mediterranean. The primary mission of the RM curing the war was to keep the supply lines to North Africa open. The Italians were largely successful in this effort, and destroyers were key in the effort. RM destroyers were present at every fleet action with the British Mediterranean Fleet.. The intensity of these actions were shown by the fact that the RM lost 51 destroyers during the war. 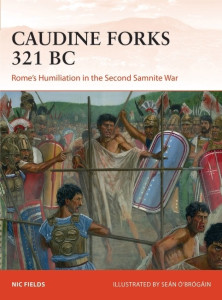 In its long history, the Roman Republic suffered many defeats, but none as humiliating as the Caudine Forks in the summer of 321 BC. Rome had been at war with the Samnites - one of early Rome's most formidable foes - since 326 BC in what would turn out to be a long and bitter conflict now known as the Second Samnite War. The rising, rival Italic powers vied for supremacy in central and southern Italy, and their leaders were contemplating the conquest of the entire Italian peninsula. Driven by the ambitions of Titus Veturius Calvinus and Spurius Postumius Albinus, Roman forces were determined to inflict a crippling blow on the Samnites, but their combined armies were instead surprised, surrounded, and forced to surrender by the Samnites led by Gavius Pontius. The Roman soldiers, citizens of Rome to a man, were required to quit the field by passing under the yoke of spears in a humiliating ritual worse than death itself.
This new study, using specially commissioned artwork and maps, analyses why the Romans were so comprehensively defeated at the Caudine Forks, and explains why the protracted aftermath of their dismal defeat was so humiliating and how it spurred them on to their eventual triumph over the Samnites. With this in mind, this study will widen its focus to take account of other major events in the Second Samnite War. 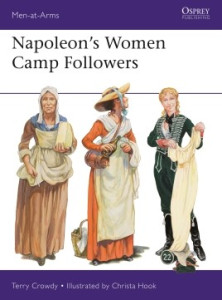 The cantinières who accompanied Napoleon's armies to war have an iconic status in the history of the Grande Armée. Sutler-women and laundresses were officially sanctioned members of the regiment performing a vital support role. In a period when the supply and pay services were haphazard, their canteen wagons and tents were a vital source of sustenance and served as the social hubs of the regiment.
Although officially non-combatants, many of these women followed their regiments into battle, serving brandy to soldiers in the firing line, braving enemy fire.
This book is a timely piece of social history, as well as a colourful new guide for modellers and re-enactors. Through meticulous research of unprecedented depth and accuracy, Terry Crowdy dispels the inaccurate portrayals that Napoleon's Women Camp Followers have suffered over the years to offer a fascinating look at these forgotten heroines.
Предыдущий анонс на март 2021 https://birserg-1977.livejournal.com/968172.html
Tags: Анонсы, Книги
Subscribe