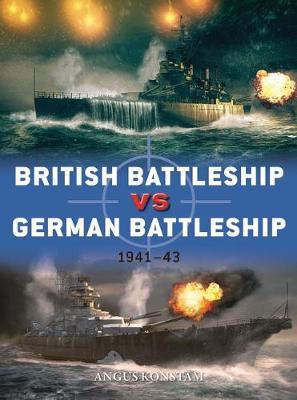 At the outbreak of World War II, the four key Capital German ships comprised the Bismarck, Tirpitz, Scharnhorst and Gneisenau. Their primary threats where the Royal Navy's King George V class battleships, the most modern British battleships in commission during World War II and some of the Navy's most powerful vessels. Five ships of this class were built: HMS King George V, Prince of Wales, Duke of York, Howe (late 1942) and Anson (late 1942). The powerful vessels in this class would clash with the pride of the Kriegsmarine in two major engagements: first, during the Battle of the Denmark Strait and subsequent pursuit of the Bismarck between 24 and 27 May 1941, and again at the Battle of the North Cape on 26 December 1943.
Alongside the King George V class, the Royal Navy's two- ship Nelson- class (Nelson and Rodney), comprised Britain's only other battleships built in the interwar years. Both ships served extensively in the Atlantic, Mediterranean, and Indian oceans during the war, but their moment of fame came when Rodney (together with King George V) chased down and bombarded the doomed Bismarck in May 1941.
This superbly detailed addition to the Duel series compares and contrasts the design and development of these opposing capital ships, and describes the epic clashes on the high seas that ended with the destruction of the Kriegsmarine's major naval assets. 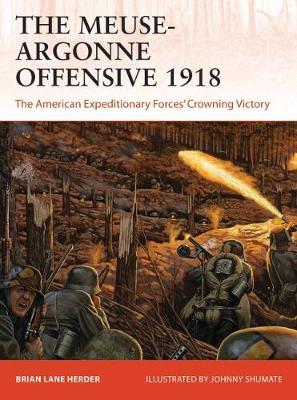 When the United States declared war on Germany in April 1917, the tiny US Army did not even have a standing division. A huge national army worthy of the Western Front was quickly enlisted, trained, and then transported to France to fight against the Germans. In September 1918, the American Expeditionary Force, under General John Pershing, began its first full-scale offensive against German forces in Lorraine, in which the US First Army and (eventually) the US Second Army would drive north between the Argonne Forest and the Meuse river towards Sedan.
The Meuse-Argonne was excellent defensive terrain, being hilly, steep, heavily wooded, and fortified by the Germans over a three-year period. The offensive began on 26 September, 1918. A largely inexperienced US First Army, with mid-level officers including Harry S. Truman, Douglas MacArthur and George Patton, suffered setbacks and heavy casualties during its straight-ahead offensive against a still-potent but fading German Fifth Army. However, by early November, 1.2 million Americans and several hundred thousand French were engaged at the Meuse-Argonne and the Hindenburg Line had been decisively broken. The German withdrawal from Sedan approached a rout and the Americans finally had the Germans on the run until the Armistice ended the offensive on 11 November, 1918. This engaging title tells the full story of this key offensive, illustrating and explaining the troops, weapons and tactics of both the American Expeditionary Force and the German Fifth Army in stunning detail. 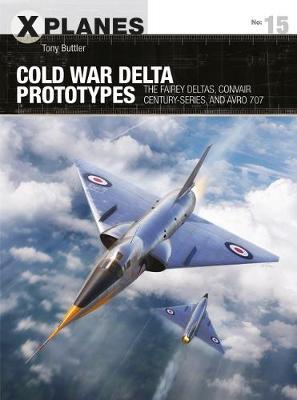 At the dawn of the supersonic jet age, aircraft designers were forced to devise radical new planforms that suited the new power of the jet engine. One of the most successful was the delta wing.
Although Gloster produced the delta wing Javelin, and Boulton Paul -its P.111 research aircraft - Fairey and Avro were the champions of the delta in Britain. Meanwhile in America, with the exception of Douglas's Navy jet fighter programmes, Convair largely had the delta wing to itself. These development lines, one on each side of the Atlantic, had essentially the same objective - to produce high- speed fighter aircraft. In Britain, the Fairey Delta 2 went on to break the World Air Speed Record in spectacular fashion, but it failed to win a production order. In contrast Convair received major orders for two jet fighter types and one jet bomber. At the same time, the British Avro company built the 707 family of research aircraft, which led to the famous Vulcan, to show how the delta wing could be adopted for a highly successful subsonic bomber.
This book examines the development of the delta wing in Britain and America, and the way in which experimental aircraft like the Fairey Deltas proved their potential and versatility. In Britain it covers the Fairey Delta 1 and Fairey Delta 2, the proposed Fairey Delta Rocket Fighter and huge Delta 3 long range interceptor, and the Avro 707. On the American side, it examines the Convair XF-92 and XF-92A, the development of the Delta Dagger/Delta Dart family, and the Convair Sea Dart - the world's only supersonic seaplane.
Tags: Анонсы, Книги
Subscribe