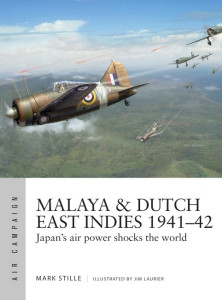 Japan's attack on Pearl Harbor in 1941 was quickly followed by a rapid invasion of Malaya, a plan based entirely on the decisive use of its airpower. While the British was inadequately prepared, they likewise relied on the RAF to defend their colony. The campaign was a short match between Japanese airpower at its peak and an outgunned colonial air force, and its results were stunning.
The subsequent Dutch East Indies campaign was even more dependent on airpower, with Japan having to seize a string of island airfields to support their leapfrog advance. Facing the Japanese was a mixed bag of Allied air units, including the Dutch East Indies Air Squadron and the US Far East Air Force. The RAF fell back to airfields on Sumatra in the last stages of the Malaya campaign, and was involved in the last stages of the campaign to defend the Dutch colony.
For the first time, this study explores these campaigns from an airpower perspective, explaining how and why the Japanese were so devastatingly effective. 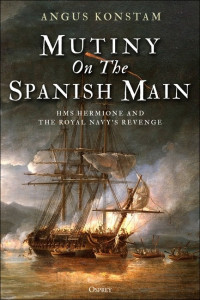 Mutiny on the Spanish Main tells the dramatic story of HMS Hermione, a British frigate which, in 1797, was the site of the bloodiest mutiny in British naval history, which saw the death of her captain and many of her officers. Though her crew handed her over to the Spanish, Hermione was subsequently recaptured in a daring raid on a Caribbean port two years later. Drawing on letters, reports, ship's logs and memoirs of the period, as well as previously unpublished Spanish sources, Angus Konstam intertwines extensive research with a fast-paced but balanced account of the mutiny and its consequences.
Illustrated with maps and diagrams tracing the events as they unfolded, and supported by informative inserts on the technical and tactical nuances of seamanship and naval warfare in the period, this book is both a fascinating narrative retelling and an informative guide to one of the most notorious events in the history of the Royal Navy. 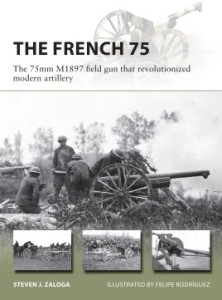 The ‘Soixante­quinze', France's legendary 75mm Modele 1897, was the first modern field gun, pioneering several critical innovations in field artillery designs, including a fast action breech and a soft recoil system. Although some of these features had been incorporated into earlier guns, the 75mm M1897 integrated them into a superior, lightweight field gun.
The 75mm M1897 earned its reputation in the Great War, forming the backbone of French field artillery. It was widely distributed to Allied armies, including the American Expeditionary Forces and was also widely exported after World War I around the globe. It was manufactured under licence in numerous countries, including the United States, which used the gun in its initial Pacific campaigns. Due to its modernity and sound design, the 75mm remained in service well into World War II. It was used by the French, Polish and other armies in the Blitzkrieg campaigns of 1939-1940 and thousands were captured by the German Army in 1940 and used for coastal defence. Surprisingly, many were also converted into a very effective anti-tank gun, the PaK 97/38. These weapons lingered in service after World War II, though by this time, they were largely obsolete.
This fascinating book explores the history of the 75mm Modele 1897 in detail, from its design and development to its deployment around the world. The text is supported by stunning, specially commissioned artwork including three-dimensional views of the gun and its variants.
Tags: Анонсы, Книги
Subscribe