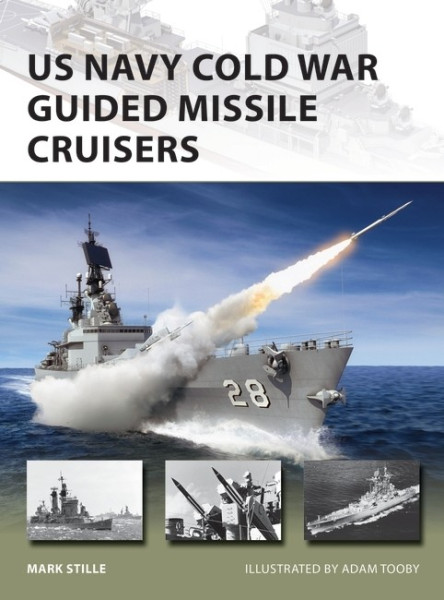 Faced with an increasingly formidable anti-ship cruise missile threat from the Soviet Union in the early days of the Cold War, and with the recent memory of the kamikaze threat from World War II, the USN placed a great priority on developing air defence cruise missiles and getting them to sea to protect the fleet. The first of these missiles were sizable, necessitating large ships to carry them and their sensors, which resulted in the conversion of a mix of heavy and light cruisers. These ships, tasked with protecting carrier groups and acting as flagships, entered service from 1955 and served until 1980.
The cruisers served in the front lines of the Cold War and many saw combat service, engaging in surface actions from Vietnam to the Persian Gulf. Complementing the conventionally-powered missile cruisers was a much smaller number of expensive nuclear-powered cruisers, including the Long Beach, the USN's largest-ever missile cruiser. Until replaced by the Ticonderoga and Burke classes of Aegis ships, the USN's 38 missile cruisers were the most capable and important surface combatants in the fleet and served all over the globe during the Cold War. Using specially commissioned artwork and meticulous research, this illustrated title explores the story of these cruisers in unparalleled detail, revealing the history behind their development and employment. 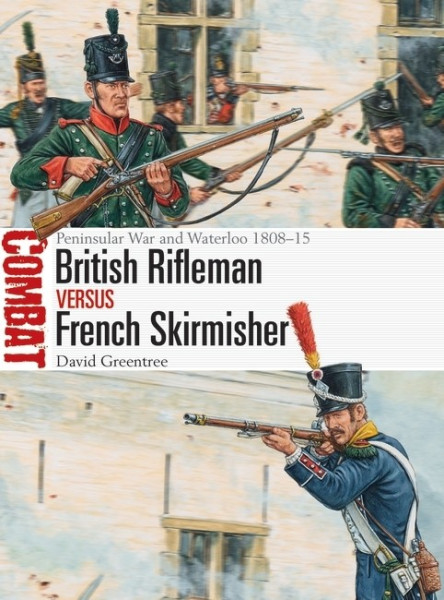 The battles between British and French forces during the Peninsular War (1807-14) and the Hundred Days campaign of 1815 saw both sides deploy specialist units of skirmishers trained in marksmanship and open-order combat. These ‘light' troops fulfilled several important roles on the battlefield, such as ‘masking' large bodies of close-order troops as they manoeuvred in battle, firing upon enemy troops to provoke them into attacking prematurely, and harassing enemy artillery crews and senior officers with aimed fire. On occasion, the skirmishers were tasked with special missions requiring individual initiative, such as the capture or defence of key battlefield positions, especially those situated in difficult terrain.
While Napoleon's skirmishers carried the smoothbore musket, notoriously inaccurate and short-ranged, several elite units fighting for Britain were armed with the rifle, a far more accurate weapon that was hampered by a slower rate of fire. As well as the legendary 95th Rifles, Britain fielded rifle-armed German troops of the 60th Regiment and the King's German Legion, while France's light troops were fielded in individual companies but also entire regiments. In this study, David Greentree assesses the role and effectiveness of rifle-armed British troops and their French open-order opponents in three very different encounters: Roliça (August 1808), the first British battle of the Peninsular War; the struggle for a key bridge at Barba del Puerco (March 1810); and the bitter fight for the La Haye Sainte farmhouse during the battle of Waterloo (June 1815). 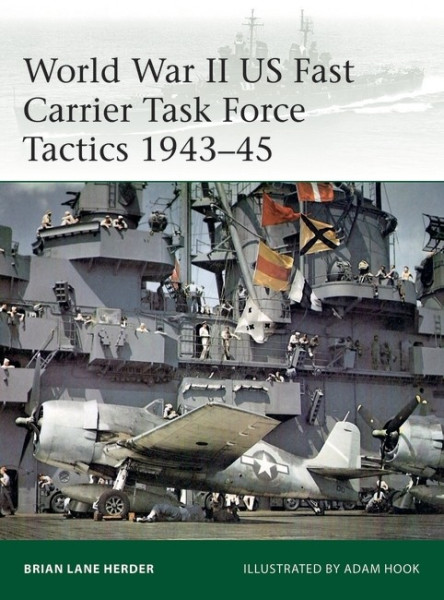 Drawing on difficult-to-access wartime documents and other contemporary sources, this is the first compact, illustrated study of the tactics and techniques of the US fast carriers of Task Forces 50, 58 and 38 during the naval war against Japan in 1943-45.
This title concentrates on exactly how these highly successful forces actually operated: their composition in ships, aircraft and men; the essential technology at their disposal; the evolving doctrine for their employment; the opposition and dangers they faced; and how they overcame them at the tactical level. It explains in straightforward terms the intricate details of topics such as how ships manoeuvred, how aircraft were deployed and recovered, the formations and approaches used by fighters, dive-bombers and torpedo-bombers against naval and land targets, and how Task Forces defended themselves. The text is supported by a wide range of wartime photos and full-colour illustrations, showing, for example, the formations employed by ships and aircraft, with altitudes and ranges throughout the course of attacks. 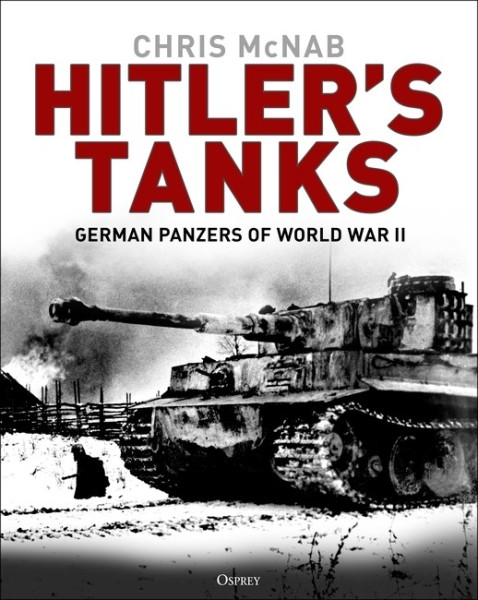 The Panzers that rolled over Europe were Germany's most famous fighting force, and are some of the most enduring symbols of World War II. However, at the start of the war, Germany's tanks were nothing extraordinary and it was operational encounters such as facing the Soviet T-34 during Operation Barbarossa which prompted their intensive development. Tactical innovation gave them an edge where technological development had not, making Hitler's tanks a formidable enemy.
Hitler's Tanks details the development and operational history of the light Panzer I and II, developed in the 1930s, the medium tanks that were the backbone of the Panzer Divisions, the Tiger, and the formidable King Tiger, the heaviest tank to see combat in World War II. Drawing on Osprey's unique and extensive armour archive, Chris McNab skilfully weaves together the story of the fearsome tanks that transformed armoured warfare and revolutionised land warfare forever. 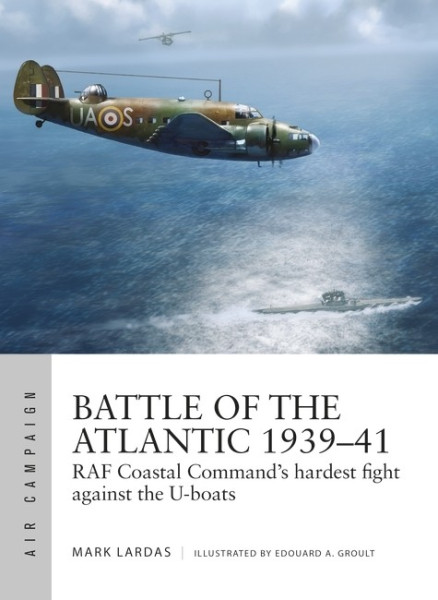 In his six-volume series The Second World War, Winston Churchill wrote 'The only thing that ever really frightened me during the war was the U-boat peril.' Initially, however, everyone was surprised at the effectiveness of the submarines. Sonar proved less efficient a detection method than the British had predicted; surface attack made the U-boat invisible, especially at night; and wolf-pack tactics overwhelmed convoy escorts. Only faulty German torpedoes and the restricted number of available U-boats limited their success.
Astonishingly, Britain had the major piece of the solution to the U-Boat threat from the opening days of World War II: the anti-submarine aircraft. If it had been used assiduously and effectively in the first months of the war, Britain might have won the Battle of the Atlantic in its first year. Instead, the opportunity was missed and the Battle of the Atlantic continued until Germany's surrender in May 1945.
This title examines the role played by aircraft in the early years of the Battle of the Atlantic. Highlighting their success when employed effectively, the book follows these early operations to show how and why aircraft were initially misused. It also traces the development of technologies which made aircraft much more effective submarine-killers including radar and depth charges. 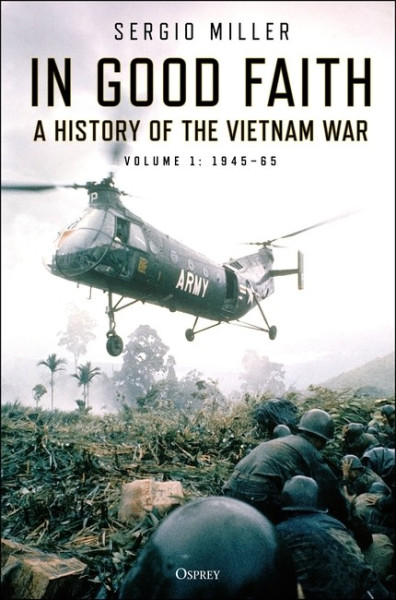 In Good Faith is the first of a two-volume, accessible narrative history of America's involvement in Indochina, from the end of World War II to the Fall of Saigon in 1975. The books chart the course of America's engagement with the region, from its initially hesitant support for French Indochina through the advisory missions following the 1954 Geneva Accords, then on to the covert war promoted in the Kennedy years, the escalation to total war in the Johnson era, and finally to the liquidation of the American war under Nixon.
Drawing on the latest research, unavailable to the authors of the classic Vietnam histories, these two volumes tell the whole story for the first time, including the truth behind the events of the 1964 Gulf of Tonkin incident, which opened the door to Washington's entry into the war, and which can now be told in full thanks to recently declassified National Security Agency top secret material. Examining in depth both the events and the key figures of the conflict, this is a definitive new history of American engagement in Vietnam.
In Good Faith tells the story from the Japanese surrender in 1945 through America's involvement in the French Indochina War and the initial advisory missions that followed. It describes how these missions gradually grew in both scope and scale, and how America became ever more committed to the region, especially following the Gulf of Tonkin incident in 1964, which led to the first bombing missions over North Vietnam. It finishes at the climax of one of those operations, Rolling Thunder, and just prior to the first commitment of US ground forces to the war in Vietnam in the spring of 1965.
Tags: Анонсы, Книги
Subscribe