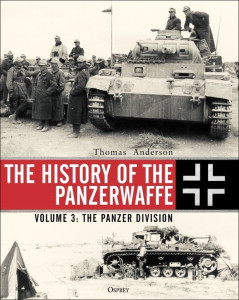 The first two volumes of the History of the Panzerwaffe have described how the Germans transformed armoured warfare from a lumbering and ponderous experiment in World War I into something that could decide the outcome of conflicts, and how the legendary Panzerwaffe overran Western Europe and reached the gates of Moscow to the east, before taking its place in the forefront of German defence from the D-Day landings to the valiant last stand in Berlin.
This third volume focuses on the most important units in the Panzerwaffe, and some of the most famous units in the history of warfare: the Panzer Divisions. It details their pre-war origins and how they developed over the course of the war, covering all the specialized units and how they operated on the battlefield. The title is illustrated throughout with many rare and previously unpublished images and the text draws heavily on original German documents. 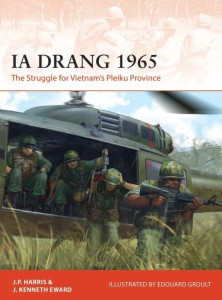 The Pleiku campaign of October-November 1965 was a major event in the Vietnam War, and it is usually regarded as the first substantial battle between the US Army and the People's Army of Vietnam. The brigade-sized actions involving elements of the US 1st Cavalry Division at Landing Zones X-Ray and Albany in the valley of the river Drang have become iconic episodes in the military history of the United States.
In 1965, in an effort to stem the Communist tide, the Americans began to commit substantial conventional ground forces to the war in Vietnam. Amongst these was the 1st Cavalry Division (Airmobile), a new type of formation equipped with a large fleet of helicopters. On 19 October, North Vietnamese forces besieged a Special Forces camp at Plei Me, and after the base was relieved days later, the commander of the 1st Cavalry Division, General Harry Kinnard, advocated using his troops to pursue the retreating Communist forces. A substantial North Vietnamese concentration was discovered, but rather than the badly battered troops the US expected, these were relatively fresh troops that had recently arrived in the Central Highlands. On the morning of 14 November 1965, 1st Battalion, 7th Cavalry, commanded by Lt. Col. Hal Moore, landed at LZ X-Ray to start the first major set-piece battle of the Vietnam War. This title explores the events of the campaign that followed, using detailed maps, specially-commissioned bird's-eye views, and full-colour battlescenes to bring the narrative to life. 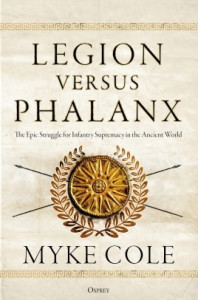 From the time of Ancient Sumeria, the heavy infantry phalanx dominated the battlefield. Armed with spears or pikes, standing shoulder to shoulder with shields interlocking, the men of the phalanx presented an impenetrable wall of wood and metal to the enemy. Until, that is, the Roman legion emerged to challenge them as masters of infantry battle.
Covering the period in which the legion and phalanx clashed (280-168 BC), Myke Cole delves into their tactics, arms and equipment, organization and deployment. Drawing on original primary sources to examine six battles in which the legion fought the phalanx - Heraclea (280 BC), Asculum (279 BC), Beneventum (275 BC), Cynoscephalae (197 BC), Magnesia (190 BC), and Pydna (168 BC) - he shows how and why the Roman legion, with its flexible organization, versatile tactics and iron discipline, came to eclipse the hitherto untouchable Hellenistic phalanx and dominate the ancient battlefield. 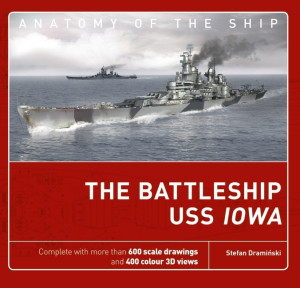 USS Iowa (BB-61) was the lead ship in one of the most famous classes of battleships ever commissioned into the US Navy. Transferred to the Pacific Fleet in 1944, the Iowa first fired her guns in anger in the Marshall Islands campaign, and sunk her first enemy ship, the Katori. The Iowa went on to serve across a number of pivotal Pacific War campaigns, including at the battles of the Philippine Sea and Leyte Gulf. The ship ended the war spending several months bombarding the Japanese Home Islands before the surrender in August 1945.
After taking part in the Korea War, the Iowa was decommissioned in 1958, before being briefly reactivated in the 1980s as part of President Reagan's 600-Ship Navy Plan. After being decommissioned a second and final time in 1990, the Iowa is now a museum ship in Los Angeles.
This new addition to the Anatomy of the Ship series is illustrated with contemporary photographs, scaled plans of the ship and hundreds of superb 3D illustrations which bring every detail of this historic battleship to life. 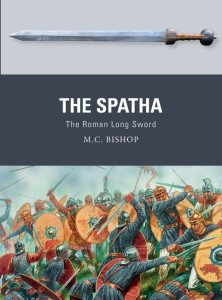 Adopted from the Celts in the 1st century BC, the spatha, a lethal and formidable chopping blade, became the primary sword of the Roman soldier in the Later Empire. Over the following centuries, the blade, its scabbard, and its system of carriage underwent a series of developments, until by the 3rd century AD it was the universal sidearm of both infantry and cavalry.
Thanks to its long reach, the spatha was the ideal cavalry weapon, replacing the long gladius hispaniensis in the later Republican period. As the manner in which Roman infantrymen fought evolved, styles of hand-to-hand combat changed so much that the gladius was superseded by the longer spatha during the 2nd century AD. Like the gladius, the spatha was technologically advanced, with a carefully controlled use of steel. Easy maintenance was key to its success and the spatha was designed to be easily repaired in the field where access to a forge may have been limited. It remained the main Roman sword into the Late Roman period and its influence survived into the Dark Ages with Byzantine, Carolingian and Viking blades.
Drawing together historical accounts, excavated artefacts and the results of the latest scientific analyses of the blades, renowned authority M.C. Bishop reveals the full history of the development, technology, training and use of the spatha: the sword that defended an empire. 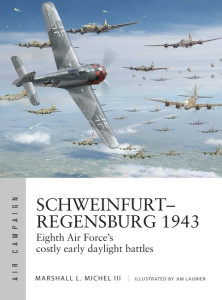 In 1943, the USAAF and RAF launched the Combined Bomber Offensive, designed to systematically destroy the industries that the German war machine relied on. At the top of the hit list were aircraft factories and plants making ball-bearings - a component thought to be a critical vulnerability. Schweinfurt in southern Germany was home to much of the ball-bearing industry and, together with the Messerschmitt factory in Regensburg, which built Bf 109 fighters, it was targeted in a huge and innovative strike.
Precision required that the targets were hit in daylight, but the raid was beyond the range of any existing escort fighter, so the B-17s would go in unprotected. The solution was to hit the two targets in a coordinated 'double-strike', with the Regensburg strike hitting first, drawing off the defending Luftwaffe fighters, and leaving the way clear for the Schweinfurt bombers. The Regensburg force would carry on over the Alps to North Africa, the first example of US 'shuttle bombing'.
Although the attack on Regensburg was successful, the damage to Schweinfurt only temporarily stalled production, and the Eighth Air Force had suffered heavy losses. It would take a sustained campaign, not just a single raid, to cripple the Schweinfurt works. However, when a follow-up raid was finally launched two months later, the losses sustained were even greater. This title explains how the USAAF launched its daylight bombing campaign in 1943, the technology and tactics available for the Schweinfurt-Regensburg missions, and how these costly failures forced a change of tack.
Tags: Анонсы, Книги
Subscribe