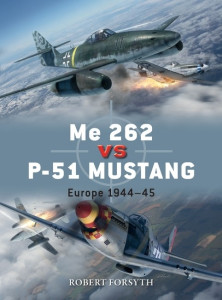 Arguably two of the finest fighters built during the course of World War II, the Me 262 and P-51 Mustang heralded new dawns in aircraft performance. Making its operational debut in the summer of 1944, and powered by the Jumo 004 jet engine, the Me 262 outclassed Allied planes in terms of speed and firepower ratio, offering a formidable punch with four 30 mm MK 108 nose-mounted cannons. However, in the P-51, fitted with the Rolls-Royce (Packard) Merlin engine and drop tanks, the USAAF finally had a fighter that had the ‘legs' to escort its heavy bombers deep into Reich airspace and back. If flown to its strengths, the P-51 was more than capable of taking on the feared Me 262 on an equal footing, despite the differences in power and top speed. Indeed, the Mustang proved to be the Luftwaffe fighter arm's nemesis. When the P-51D sortied over Germany from the summer of 1944 onwards, it shredded through the ill-trained and depleted Gruppen of the Luftwaffe's defence wings.
This book examines the two fighters in detail, exploring their history and development and containing accurate descriptions of the combats between the P-51 Mustang and the Me 262 in what were some of the most bitter and large-scale aerial actions fought over Europe in 1944-45. 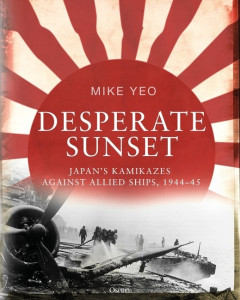 Fully illustrated throughout, Desperate Sunset examines the development and evolution of the kamikaze using first-hand accounts, combat reports and archived histories.
By the middle of 1944, Imperial Japan's armed forces were in an increasingly desperate situation. Its elite air corps had been wiped out over the Solomons in 1942-43, and its navy was a shadow of the force that had attacked Pearl Harbor in 1941. But the Japanese had one last, desperate, card to play.
The Japanese High Command decided that the way to inflict maximum damage on the superior enemy forces was to get the poorly trained Japanese pilots to crash their explosive-laden aircraft onto their target, essentially turning themselves into a guided missile. The kamikazes announced themselves in the immediate aftermath of the Leyte Gulf naval battles, sinking the USS St. Lo and damaging several other ships. The zenith of the kamikaze came in the battle of Okinawa, which included ten kikusui (Floating Chrysanthemum) operations which involved up to several hundred aircraft attacking the US fleet. 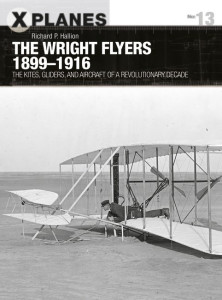 Orville and Wilbur Wright, two bicycle-making brothers from Dayton, Ohio, secured their place as the most famous names in aviation history when, on December 17, 1903, they made the first powered, controlled, and sustained heavier-than-air flight. But their success over the cold and windswept Carolina dunes that day has overshadowed their many other accomplishments before and after that historic flight. The Wrights' progression from theory to analysis to ground-testing components and wing shapes, and then to flight-testing kites, gliders, and their first powered aeroplane, marked the world's first successful ‘X-Plane' research and development programme. They established a template all subsequent aircraft have followed, one still relevant in the era of hypersonic flight and drone research.
This book traces the Wright Brothers' story, from their first success on that cold December day throughout their glory years to their eventual eclipse by other aviators. It explores in detail the process that lead them to their pioneering craft and their many subsequent achievements over the following years, and highlights their enduring importance in the age of modern flight. 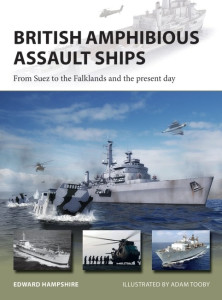 Amphibious assault ships have been at the centre of nearly all of Britain's expeditionary campaigns since World War II, from the Suez crisis of 1956 to operations as far afield as Borneo (1963-66), the Falklands (1982), Sierra Leone (2000) and Iraq (2003).
In major operations such as Suez and the Falklands, the use of amphibious assault ships was essential to the military success of the campaigns. The Suez Crisis saw two of the Royal Navy's former light fleet carriers converted into 'commando carriers' to specialise in amphibious warfare. In the 1960s these were followed by the famous Fearless class ships - the first purpose-built amphibious assault ships in the Royal Navy. With an internal dock, headquarters capability, and multiple landing craft, these 'Landing Platform Docks' were built to project power around the world. When the Falklands were invaded, HMS Fearless was the key to the successful landing in San Carlos.
In the 1990s, a new generation was ordered: the helicopter carrier HMS Ocean and the Albion class LPDs. In recent years Ocean, Albion and Bulwark have been the largest fighting ships of the Royal Navy and have acted as the navy's flagships, as well as being perhaps the most versatile ships in the navy.
This title is an essential guide to British Amphibious Assault Ships across the decades, from the mighty Fearless to the modern Albion. Packed with full-colour illustrations, contemporary photography, and detailed analysis, this definitive work explores the history, development, and deployment of the Royal Navy's front line.
Tags: Анонсы, Книги
Subscribe