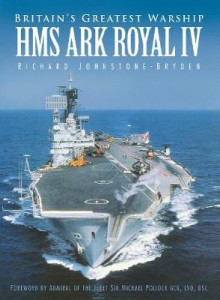 Britain's Greatest Warship recounts the story of Ark Royal and her `people', from the laying down of her keel in 1943 and her first commission in 1955, through to her decommissioning in 1979 and her scrapping in 1980. Ark Royal played a crucial role in the development of Royal Naval fixed-wing aviation and pioneered the concept of carrier-borne VSTOL aircraft. She saw extensive service during the 1960s and '70s, a time that witnessed many significant changes not only in Navy life, but also in the way seapower was used as a means of projecting national influence worldwide.
Painting a vivid picture of life on board a class of Royal Navy warship that has now gone forever, the author brings the story of the `Ark' alive using interviews and first-hand accounts. These range from former officers and crew, including admirals, captains and ship's company, to aircrew of the embarked Fleet Air Arm squadrons and the shipyard workers who built the `Ark'.
Fully illustrated with a rich selection of rare photographs, this book is sure to appeal to all with an interest in the Royal Navy and its warships. 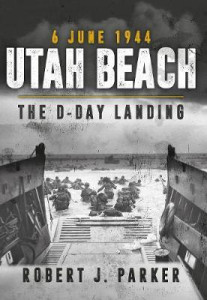 Despite the invasion force landing nearly a mile beyond its intended target location, and while also overcoming its counterpart airborne element being widely dispersed, Utah Beach would prove to be a huge success for the Americans. Utah was deemed pivotal for securing the extreme western flank of the D-Day operation and essential as the springboard for the ensuing invasion breakout.
Reviewing the preparation and planning by the various Allied assault groups designated for Utah Beach, author Robert Parker provides a lively description of one of the greatest and most important military endeavours in all of world history. Concentrating on Day 1, he captures the drama, intensity, and struggle of this effort and the opening of the vital second front leading to the defeat of Nazi Germany, illustrated with seventy images and maps, many in colour. 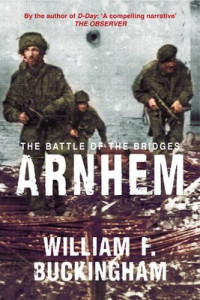 On 21 August 1944 German Army Group B was destroyed in Normandy and Allied troops began pressing east from the beachhead they had occupied since the D-Day landings. Within days British troops had liberated Brussels and reached the Dutch border. Encouraged by seeming total German collapse, the Allies gambled their overstretched resources on a high-risk strategy aimed at opening the way into Germany itself - crossing the Rhine.
On the afternoon of Sunday 17 September British tanks advanced into Holland in concert with 1,534 transport aircraft and 491 gliders. Their objective was a series of bridges across the Rhine, possession of which would allow the Allies to advance into Germany. In the event the operation was dogged by bad weather, flawed planning, tardiness and overconfidence, and ended with the Arnhem crossing still in German hands despite an epic nine-day battle that cost the British 1st Airborne Division over two-thirds of its men killed, wounded or captured.
Arnhem: The Complete Story combines analysis and new research by a leading authority on Operation MARKET GARDEN with the words of the men who were there, and provides the most comprehensive account of the battle to date, day by day, hour by desperate hour. 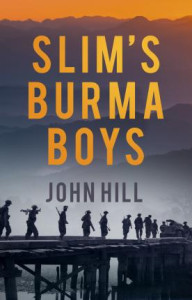 THE BATTLE FOR BURMA was the longest and bloodiest campaign fought by the British in the Second World War. It began disastrously in December 1941 with a humiliating retreat, but ended triumphantly in August 1945 with the crushing defeat of the occupying Japanese Army, thanks to the rigorous jungle warfare training of Allied soldiers and the use of more aggressive tactics under the command of Lieutenant General Sir William Slim.
John Hill, commander of B Company, 2nd Battalion, Royal Berkshire Regiment and one of the few men to survive the entire campaign, shares the personal experiences of men who fought against the merciless Japanese Army, painting a vivid picture of what it was like to be there - the intensity of war, the adrenaline rush, and the fear and courage of those who took part in swollen river crossings, patrols, ambushes, skirmishes and major actions against a ruthless and determined enemy who would never surrender. Hill's memoir is a fitting tribute to the courageous men who fought in one of the most gruelling campaigns of the Second World War. 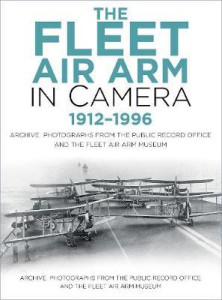 For many decades a fascinating and sizeable archive of photographs, depicting the operations and equipment of British naval aviation, has remained unrecorded and largely unseen in countless documents held at the Public Record Office at Kew. Other equally important images of British naval aviation and the Fleet Air Arm can also be found in the collections of the world-famous Fleet Air Museum at RNAS Yeovilton. Together these two important collections cover a period from 1912, when British naval aviation was making its first tentative steps, through to the high-technology Fleet Air Arm (FAA) of the 1990s.
The Fleet Air Arm in Camera 1912-1996 brings a representative selection of these two collections to the notice of a wider audience. Many of the 240 photographs are published here for the first time and give the reader a fascinating kaleidoscope of images depicting the vast range of offensive, defensive, shore and carrier-based operations in which the FAA and its predecessors - the Naval Wing of the RFC and the Royal Naval Air Service - have been involved over a period of more than eighty years. 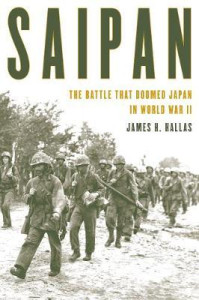 The story of the Battle of Saipan has it all. Marines at war: on Pacific beaches, in hellish volcanic landscapes in places like Purple Heart Ridge, Death Valley, and Hell's Pocket, under a commander known as "Howlin' Mad." Naval combat: carriers battling carriers from afar, fighters downing Japanese aircraft, submarines sinking carriers. Marine-army rivalry. Fanatical Japanese defense and resistance. A turning point of the Pacific War. James Hallas reconstructs the full panorama of Saipan in a way that no recent chronicler of the battle has done. In its comprehensiveness, attention to detail, scope of research, and ultimate focus on the men who fought and won the battle on the beaches and at and above the sea, it rivals Richard Frank's modern classic Guadalcanal. This is the definitive military history of the Battle of Saipan. 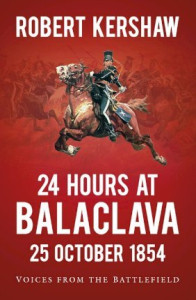 IN 1854 Britain and France were at war to save `poor little Turkey', the crumbling Ottoman Empire, from the menace of Russian expansionism. On 25 October they were nine days into what would become an eleven-month siege, with little to show for it.
Suddenly, from behind them came the unmistakeable sound of cannon. The Russians had arrived. Vastly outnumbered, the British gained an unlikely upper hand with the charge of the Heavy Brigade and the efforts of the Thin Red Line. But then, within two hours of achieving near victory, the British squandered it in dramatic style with the charge of the Light Brigade.
Using eyewitness accounts, letters and diaries, acclaimed military historian Robert Kershaw presents a new, intimate look at the Battle of Balaclava, from the perspective of the men who `saw little and knew even less'.
Come down from the Heights and see the real story of one of the most ill-fated military expeditions in British history.
Tags: Анонсы, Книги
Subscribe