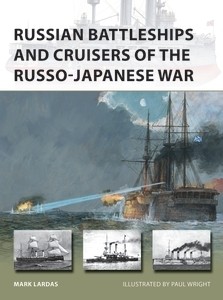 This book examines the major warships of the Imperial Russian Navy which participated in the Russo-Japanese War. The focus is on the battleships, coastal defence warships, and cruisers of the Pacific Squadron and Baltic Squadron that fought during the war.
It discusses in detail their design and development between the years of 1885 and 1905, concentrating particularly on battleships and cruisers. The book explores, in depth, the mutually influential relationship between Russian and foreign warship design, as Russia progressed from a reliance on foreign designs and shipyards towards an ability to produce its own influential ships, such as the Novik. The title also outlines the gripping operational history of the Russian warships which participated in the Russo-Japanese war, tracing their activity before and during the combat, as well as the post-war fate of those ships which were bombarded, scuttled, captured, or salvaged.
Packed with contemporary photography and full-colour illustrations, this title offers a detailed and definitive guide to the design, development, and destiny of the Russian warships which battled the Japanese in the Eastern seas. 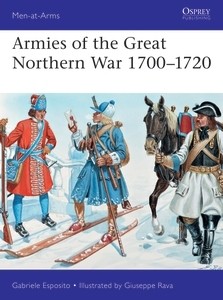 The Great Northern War was a long series of campaigns in which Russia, linked with several other countries in temporary alliances, confronted and eventually replaced Sweden as the predominant power in Northern Europe. While contemporary with the Duke of Marlborough's pivotal campaigns against France, the Great Northern War was in fact more decisive, since it reshaped the Northern European power balance up to the eve of the Napoleonic Wars.
It began with a series of astonishing Swedish victories lead by King Charles XII, from Denmark to Poland and deep into Germany. But Peter the Great of Russia showed steadfast determination, and Charles overreached himself when he invaded Russia in 1708; the Russians adopted classic 'scorched earth' tactics until they could destroy the Swedish army at Poltava in 1709, one of the most overwhelming victories in history. Nevertheless, Sweden continued to fight, and frequently win, in Germany, Denmark and Norway, until Charles's death in battle in 1718, though the war itself did not conclude until 1721.
This study explores, in detail, the numerous armies and complex alliances engaged in the war for Northern European dominance. Containing accurate full-colour artwork and unrivalled detail, Armies of the Great Northern War offers a vivid insight into the troops which battled for control of the North. 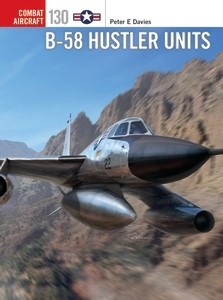 One of the most dramatic bombers of its day, the Convair B-58 came to epitomise the Cold War power of Strategic Air Command. Introduced only 12 years after the sound barrier was first broken, this iconic plane became the first large long-range supersonic bomber to take to the skies, a feat which had seemed far-fetched only a few years previously. Outstripping its contemporaries in terms of speed, and agile enough to escape most interceptors, the B-58 was a remarkable feat of engineering, setting 19 world speed records and collecting a host of trophies. The first operational bomber capable of Mach 2 at 63,000 feet, it was able to evade hostile fighters and represented a serious threat to targets across the Soviet Bloc.
Supported by contemporary first-hand accounts, photography, and full-colour illustrations, this study explores the history of this ground-breaking aircraft from its conception to its little-known testing for use in the Vietnam War. 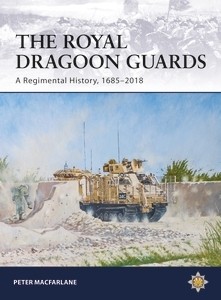 The Royal Dragoon Guards have a long and distinguished history dating from 1685. Originally raised as regiments of horse and dragoons, they were subsequently designated as the 4th, 5th and 7th Dragoon Guards and the 6th (Inniskilling) Dragoons. They fought in all of Britain's major wars from the late 17th century onwards, charging at Blenheim with Marlborough's cavalry, at Waterloo with the Union Brigade, and at Balaklava with the Heavy Brigade. In the 19th century, they also saw service in India and Africa.
All four regiments served in France and Flanders during the First World War and one regiment fired the first British shot on the Western Front. They were then amalgamated into two regiments - the 4th/7th Royal Dragoon Guards and the 5th Royal Inniskilling Dragoon Guards. Both regiments were mechanised shortly before the Second World War, in which they played a leading role in the D-Day landings. In 1992, the two regiments amalgamated again to form the Royal Dragoon Guards. Recent conflicts have taken the regiment to Iraq and Afghanistan, continuing a record of operational service covering more than three centuries.
This regimental history of the Dragoons tells their story as it played out across the centuries, exploring their role in both major and minor conflicts of the last 300 years. The title examines the development of the regiment up to the present day and highlights key figures across its history. The text is supported throughout with photographs and illustrations. 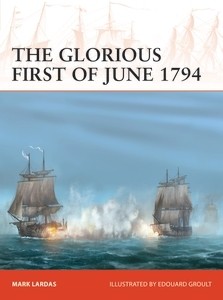 As 1794 opened, Revolutionary France stood on a knife's edge of failure. Its army and navy had been shaken by the revolution, with civil war and famine taking its toll on their resources. Seeking to bring a revitalizing supply of food from its Caribbean colonies and the United States, the French government decided to organize a massive convoy to bring the New World's bounty to France. However, in order to succeed in their mission, the French Navy would have to make a deadly crossing over the North Atlantic, an ocean patrolled by the Royal Navy, the most powerful navy force in the world, whose sailors were eager to inflict a damaging defeat on Revolutionary France and win their fortune in prize money.
Illustrated throughout with stunning full-colour artwork, this is the full story of the only fleet action during the Age of Fighting Sail fought in the open ocean, hundreds of miles from shore. Taking place over the course of a month, the inevitable battle was to be a close-run affair, with both sides claiming victory. To the French, it was le Bataille du 13 prairial, a notable day in their new, scientific Revolutionary calendar. For the British, it was the Glorious First of June. 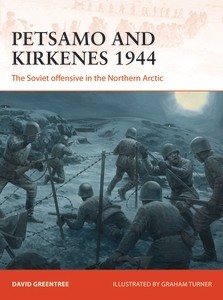 This title examines the bitter conflict between two highly tactical armies as they battled across challenging terrain to gain control of strategically significant Northern Finland. On the one side were the invading Soviet troops, hoping to liberate an area full of rich resources and littered with bases that that would enable the arrival of Arctic convoys from Britain. They employed naval infantry in abundance, not only to make amphibious landings to capture strategically significant port facilities, but also on deep outflanking manoeuvres inland. Their opponents were the elite Gebirgsjäger from XIX Gebirgskorps; trained to be self-sufficient and resourceful and equipped with a range of bespoke weaponry, this mountain division was ideally suited to operate in the harsh climate. Combat conditions were unique: the extremely rough terrain, laced with bogs, streams, boulder fields, and large rivers, presented a significant challenge in its own right, even without the added threat of attacks by highly trained soldiers.
This illustrated title tells the story of this unique and bitter struggle in the far North, an epic battle between two elite forces fighting in a demanding environment. With bird's-eye views and maps of key battlefields, this is a comprehensive guide to one of the most challenging campaigns of the Eastern Front.
Tags: Анонсы, Книги
Subscribe