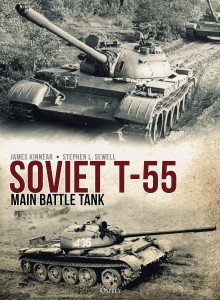 The T-55 is one of the most iconic weapons created by the Soviets during the Cold War and also one of the most widely deployed weapons in history. Like its younger brother, the T-54, the T-55 enjoyed a long career in the Red Army and even into the early days of the reformed Russian Army. Under their control it saw very little combat use or deployments, but it was widely sold to other nations and participated in many of the wars and combat operations from the mid-1960s to the present. The T-55 has been employed in almost every conflict in the Middle East and Africa from its introduction into service. Even today the tank is still employed by both sides in the Syrian Civil War, and they are also in service with Kurdish forces in the struggle against ISIS in the northern part of Iraq. Containing more than 400 stunning contemporary and modern photographs, and written by two experts on Soviet armour, this authoritative book tells the complete story of the T-55, one of the most widely produced tanks of all time. 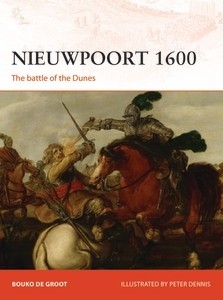 The Eighty Years' War began as a limited Dutch rebellion seeking only religious tolerance from their Spanish overlords, but it quickly escalated into one of the longest wars in European history. Spain's failed invasion of 1599 and the mutinies that followed convinced Dutch leaders that they now should go on the offensive. This campaign pitted two famous leaders' sons against each other: Maurice of Nassau and Archduke Albert VII. One led an unproven new model army, the other Spain's ‘unbeatable' Tercios, each around 11,000-men strong.
The Dutch wanted to land near Nieuwpoort, take it and then march on to Dunkirk, northern home port of the Spanish fleet, but they were cut off by the resurgent and reunited Spanish army. The two forces then met on the beach and in the dunes north of Nieuwpoort. This book uses specially commissioned artwork to reveal one of the greatest battles of the Eighty Years' War - one whose influence on military theory and practice ever since has been highly significant. 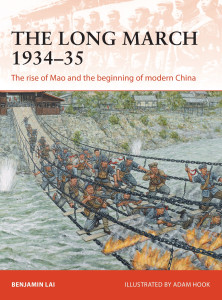 Every nation has its founding myth, and for modern China it is the Long March. In the autumn of 1934, the Chinese Nationalists under Chiang Kai-shek routed the Chinese Communists and some 80,000 men, women and children left their homes to walk with Mao Zedong into the unknown. Mao's force had to endure starvation, harsh climates, and challenging terrain whilst under constant aerial bombardment and threatened by daily skirmishes. The Long March survivors had to cross 24 rivers and 18 mountain ranges, through freezing snow and disease-ridden wilderness to reach their safe-haven of Yan'an. In military terms, the Long March was the longest continuous march in the history of warfare and it came as a terrible cost - after one year, 6,000 miles and countless battles, fewer than 4,000 of the original marchers were left.
Illustrated with stunning full-colour artwork, this enthralling book tells the full story this epic display of resilience, and shows how, from the desert plateau of Yan'an, these survivors would grow the army that conquered China 14 years on, changing history forever. 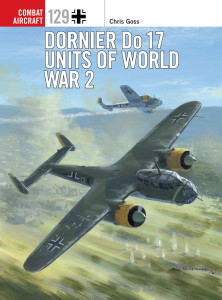 Initially designed as a high-speed mail aeroplane and airliner, the Do 17 first made an appearance as a military aircraft in the Spanish Civil War, both as a bomber and in reconnaissance roles. In the early stages of World War II, it, together with the Heinkel He 111, formed the backbone of the German bomber arm over Poland, France, Belgium and the Low Countries, and saw action in almost every major campaign in this period. However, by the start of the Battle of Britain, the Do 17's limited range and small bomb load meant that it was ripe for replacement by the Ju 88. Though it performed well at lower altitudes, the model suffered heavy losses during raids, particularly during the Blitz and were increasingly phased out. This fully illustrated study uses detailed full-colour artwork and authoritative text from an expert author to tell the full operation story of one of Nazi Germany's best light bombers from the early years of World War II. 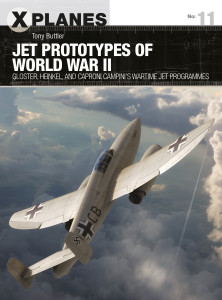 While World War II raged, pioneering aircraft and engine designers were busy developing the world's first practical jet-powered research aircraft to test and prove the new technology. This book examines the aircraft that paved the way for Germany's Me 262 and Britain's Meteor - the world's first jet fighters.
Throughout the war, Germany, Italy and Britain engaged in top-secret jet programmes as they raced to develop the airpower of the future. Various experimental aircraft were trialled in order to achieve the goal of producing an effective engine and fighter that could harness the potential of the jet power. These included the German Heinkel He 178 research aircraft and Heinkel He 280 jet fighter prototype, the famed British E.28/39 research aircraft built by Gloster Aircraft as well as the stillborn E.5/42 fighter and E.1/44 Ace fighter prototype, and finally the remarkable Italian Caproni-Campini N.1/CC 2 research aircraft.
Illustrated throughout with full-colour artwork and rare photographs, this fascinating study examines the fore-runners to the military jet age. 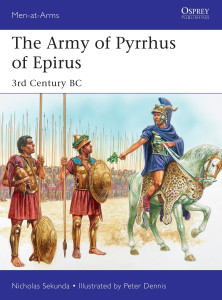 Pyrrhus was one of the most tireless and famous warriors of the Hellenistic Age that followed the dispersal of Alexander the Great's brief empire. After inheriting the throne as a boy, and a period of exile, he began a career of alliances and expansion, in particular against the region's rising power: Rome. Gathering both Greek and Italian allies into a very large army (which included war-elephants), he crossed to Italy in 280 BC, but lost most of his force in a series of costly victories at Heraclea and Asculum, as well as a storm at sea. After a campaign in Sicily against the Carthaginians, he was defeated by the Romans at Beneventum and was forced to withdraw. Undeterred, he fought wars in Macedonia and Greece, the last of which cost him his life. Fully illustrated with detailed colour plates, this is the story of one of the most renowned warrior-kings of the post-Alexandrian age, whose costly encounters with Republican Rome have become a byword for victory won at unsustainable cost.
Tags: Анонсы, Книги
Subscribe