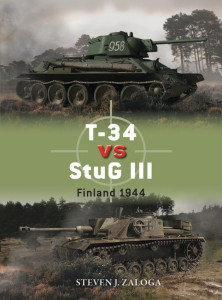 In the summer of 1944, the Red Army staged a massive armoured assault up the Karelian Isthmus with the intent of eliminating any remaining German and Finnish forces facing the Leningrad region.
Most of the Soviet units sent into Finland were new to the region, moving mainly from the fighting in the Leningrad area. As a result, some had the latest types of Soviet equipment including the new T-34-85 tank, fielded alongside the older T-34-76. Germany refused to sell the Finns new tanks without a reinforced military alliance, but in 1943 began selling them a few dozen StuG III assault guns. This made the StuG III battalion the most modern and powerful element of the Finnish armoured division, and it saw very extensive combat in the June-July summer battles.
Featuring specially commissioned artwork and an array of archive photographs, this is the absorbing story of the parts played by Soviet and Finnish armour in the epic battles in Finland during June and July 1944. 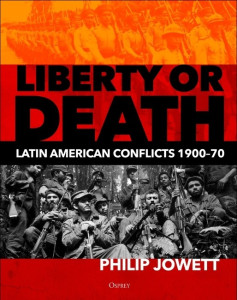 From the Banana Wars of the early 20th century through to the Football War of 1969, South and Central America has been a hotbed of revolutions, rebellions and conflicts as diverse as they are numerous. Some were small-scale affairs involving the poorly armed forces of Central American armies with rifles, machetes and a few aged machine guns. Others were full-scale conflicts involving sophisticated armies equipped with tanks, artillery and aircraft, and hundreds of thousands of troops. These wars often went largely unreported in the West, which was preoccupied with its own problems in fighting two world wars and dealing with Cold War tensions.
Fully illustrated with a wealth of rare photographs, this fascinating story sheds light on seven decades of a continent in conflict that is rarely covered in English. 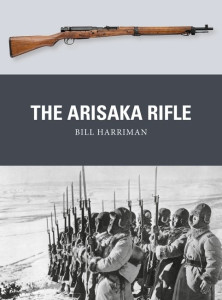 Entering service in 1897, the Arisaka family of bolt-action rifles armed Japanese troops and others through two world wars and many other conflicts, including the Russo-Japanese War of 1904-05.
Issued in long and short versions - the latter for cavalry and specialists - the Type 30 was the first main Arisaka model, arming Imperial Japan's forces during the Russo-Japanese War, though after the war it was refined into the Type 38, which would still be in use in 1945. The main Arisaka rifle of World War II though was the Type 99. Lighter and more rugged than the US M1903 Springfield rifle it would face in the initial battles in the Pacific, it was produced in four main variants, including a sniping model and a take-down parachutist's rifle.
Featuring full-colour artwork as well as archive and close-up photographs, this is the absorbing story of the rifles arming Imperial Japan's forces, from the trenches of Mukden in 1905 to the beaches of Okinawa 40 years later.
1 часть https://birserg-1977.livejournal.com/869031.html
Изменились обложки 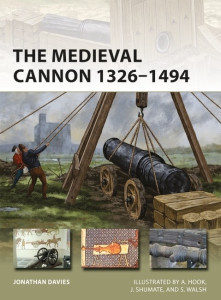 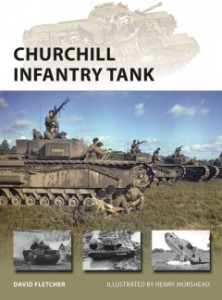