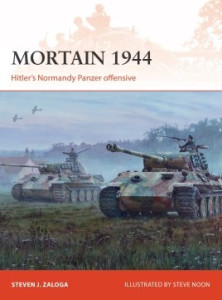 Following the successful landings in Normandy on D-Day and consolidation during Operation Cobra, the Wehrmacht was ordered to begin a counter-offensive named Operation Lüttich.
The plan was to send a large Panzer force across the First US Army sector, cutting off its spearheads, and finally reach Avranches on the coast. Had this succeeded, it not only would have cut off the First US Army spearheads, but also Patton's newly deployed Third US Army operating in Brittany. However, thanks to an intercepted radio message, the Allies were well-prepared for the offensive and not only repelled the oncoming panzers, but went on a counter-attack that would lead to a whole German army becoming encircled in the Falaise Pocket.
Fully illustrated with stunning full-colour artwork, this book tells the story of Operation Lüttich, the failed offensive which ended any prospect of Germany winning the battle of Normandy. 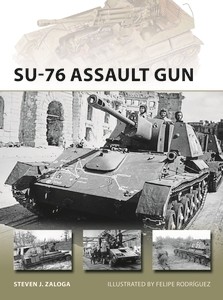 The SU-76 assault gun was the second most widely manufactured Soviet armoured fighting vehicle of World War II, out-numbered only by the legendary T-34. Inspired in part by the German Marder series of tank destroyers, Soviet designers realized that the chassis of the obsolete T-70 light tank could be adapted to a much more substantial gun if it was placed in a fixed casemate rather than in a turret. This led to the design of the SU-76, which saw its combat debut at Kursk in the summer of 1943. The SU-76 was deployed primarily as an infantry direct support weapon, becoming the infantry tank of the Red Infantry, much as the StuG III became the infantry tank of the German infantry.
Featuring full colour artwork and written by an expert on tank warfare during World War II, this fascinating study describes one of the Soviet Union's most important armoured vehicles during its struggle with Nazi Germany. 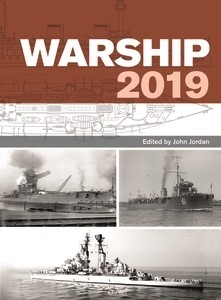 Warship 2019 is devoted to the design, development, and service history of the world's combat ships. Featuring a broad range of articles from a select panel of distinguished international contributors, this latest volume combines original research, new book reviews, warship notes, an image gallery, and much more to maintain the impressive standards of scholarship and research from the field of warship history.
This new edition features the usual range of diverse articles spanning the subject by an international array of expert authors. 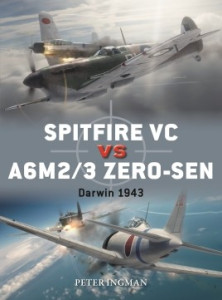 Just weeks after Pearl Harbor, Darwin was mauled by a massive Japanese attack. Without a single fighter to defend Australian soil, the Australian government made a special appeal to Britain for Spitfires.
A year later the Spitfire VC-equipped No 1 Fighter Wing, RAAF, faced the battle-hardened 202nd Kokutai of the IJNAF, equipped with A6M2 Zero-sens, over Darwin. This was a gruelling campaign between evenly matched foes, fought in isolation from the main South Pacific battlegrounds. Pilots on either side had significant combat experience, including a number of Battle of Britain veterans. The Spitfire had superior flight characteristics but was hampered by short range and material defects in the tropical conditions, while the Japanese employed better tactics and combat doctrine inflicting serious losses on the over-confident Commonwealth forces.
Fully illustrated with detailed full-colour artwork, this is the gripping story of two iconic aircraft facing off against each other above Australia. 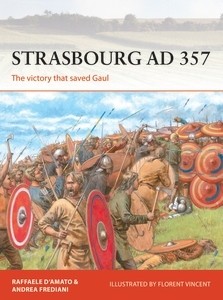 Civil war in the Western Roman Empire between AD 350-53 had left the frontiers weakly defended, and the major German confederations along the Rhine - the Franks and Alemanni - took advantage of the situation to cross the river, destroy the Roman fortifications along it and occupy parts of Roman Gaul. In 355, the Emperor Constantius appointed his 23-year-old cousin Julian as his Caesar in the provinces of Gaul with command of all troops in the region. Having recaptured the city of Cologne, Julian planned to trap the Alemanni in a pincer movement, but when the larger half of his army was forced into retreat, he was left facing a much larger German force outside the walls of the city of Strasbourg. This new study relates the events of this epic battle as the experience and training of the Roman forces prevailed in the face of overwhelming German numbers. 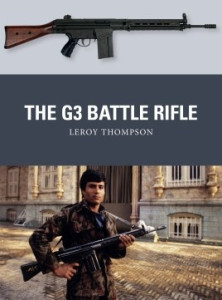 During the Cold War, the G3 was one of the world's pre-eminent battle rifles. Developed in France and Spain after 1945, the rifle was produced by the German arms manufacturer Heckler & Koch. Adopted by more than 40 countries and produced on licence by many more, it was widely employed during colonial wars in Africa, insurgencies in Latin America and conflicts in the Middle East, but perhaps its widest use was in the Iran-Iraq War. Variants of the G3 have also seen substantial usage among Special Forces including Britain's Special Boat Service and the US Navy SEALs. Semi-automatic versions, especially the HK91 and HK93, remain popular in the United States, and the G3-derived HK11 and HK21 family of light machine guns have also been widely adopted by military and law-enforcement units across the world. Fully illustrated with specially commissioned artwork, this study examines one of the iconic weapons of the Cold War era. 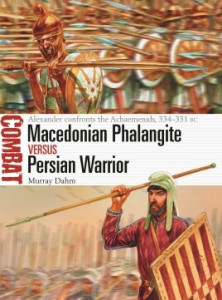 In August 334 BC, Alexander the Great invaded the Persian Empire and systematically set about its conquest. At the core of Alexander's army were 10,000 members of the phalanx, the phalangites. Armed with a long pike and fighting in formations up to 16 ranks deep, these grizzled veterans were the mainstay of the Macedonian army.
Facing them were the myriad armies of the peoples that made up the Persian Empire. At the centre of these forces was the formation known as the Immortals: 10,000 elite infantry, armed with spears and bows.
In this study, a noted authority assesses the origins, combat role and battlefield performance of Alexander's phalangites and their Persian opponents in three key battles of the era - the Granicus River, Issus and Gaugamela - at the dawn of a new way of waging war. 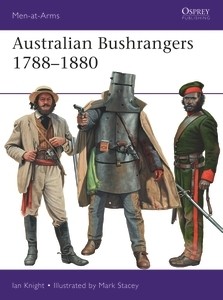 The first 'bushrangers' or frontier outlaws were escaped or time-expired convicts, who took to the wilderness - 'the bush' - in New South Wales and on the island of Tasmania. Initially, the only Crown forces available were redcoats from the small, scattered garrisons, but by 1825 the problem of outlawry led to the formation of the first Mounted Police from these soldiers.
The gold strikes of the 1860s attracted a new group of men who preferred to get rich by the gun rather than the shovel. The roads, and later railways, that linked the mines with the cities offered many tempting targets and were preyed upon by the bushrangers.
This 1860s generation boasted many famous outlaws who passed into legend for their boldness. The last outbreak came in Victoria in 1880, when the notorious Kelly Gang staged several hold-ups and deliberately ambushed the pursuing police. Their last stand at Glenrowan has become a legendary episode in Australian history. Fully illustrated with some rare period photographs, this is the fascinating story of Australia's most infamous outlaws and the men tasked with tracking them down.
Tags: Анонсы, Книги
Subscribe