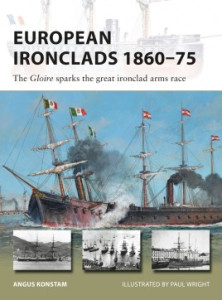 From Spain to Russia, and from Ottoman Turkey to Bismarck's Prussia, this book explores 15 years that transformed European naval warfare.
When the Gloire slid down the Toulon slipway in 1859, it changed sea power forever. With this ship, the world's first oceangoing ironclad, France had a warship that could sink any other, and which was proof against the guns of any wooden ship afloat. Instantly, an arms race began between the great navies of Europe - first to build their own ironclads, and then to surpass each other's technology and designs.
As both armour and gun technology rapidly improved, naval architects found new ways to mount and protect guns. The ram briefly came back into fashion, and Italian and Austro-Hungarian fleets fought the ironclad era's great battle at Lissa. By the end of this revolutionary period, the modern battleship was becoming recognizable, and new naval powers were emerging to dominate Europe's waters. 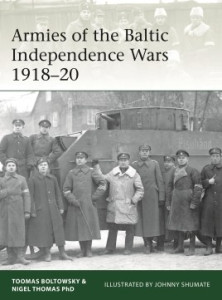 Immediately following the end of World War I, amid the collapse of the German, Austro-Hungarian and Russian Empires, bitter fighting broke out in the Baltic region as Poland, Finland, Estonia, Latvia and Lithuania struggled for their independence, and Red and White Russian armies began their civil war. There were also German forces still active in what had been the northern end of Germany's Eastern Front. This book offers a concise but detailed introduction to this whole theatre of war, focusing on the Estonian, Latvian, Lithuanian and relevant German and Russian forces, plus Finnish, Danish and Swedish contingents. For each region there is a detailed map as well as meticulous orders-of-battle and insignia charts. Detailed for the first time in the English language, this fascinating book concisely tells the story of the birth of these Baltic nation states. 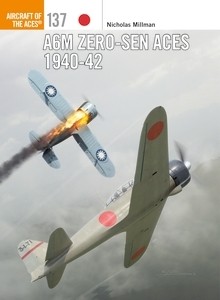 The Mitsubishi A6M Zero-sen was Japan's Spitfire. In continuous development and operational service from the time of the Sino-Japanese war in 1940 to the end of the Pacific War in 1945, it is held in almost mythical awe, similar to Britain's legendary fighter aircraft.
At the time of its operational debut the fighter's design features offered the revolutionary combination of an all-round vision canopy, cannon armament and a jettisonable drop tank giving it phenomenal range. Together with the flying and tactical proficiency of superbly trained pilots, this made the Zero-sen a true strategic fighter, spearheading Japan's offensive in the Pacific. It was also the mount of a plethora of successful and flamboyant naval aces engaged in both sea and land campaigns.
This volume, the first of two on the A6M Zero-sen, covers the use of the A6M2 variant from its debut in China to the Solomons Campaign, and also tells the story of the A6M2-N "Rufe" floatplane fighter aces. 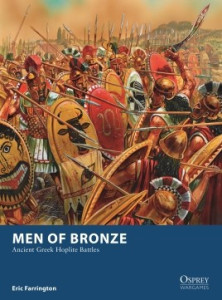 Men of Bronze is a wargame that allows you to play out Classical Greek hoplite battles on the tabletop. Players are Strategoi (generals) leading phalanxes of bronze-clad warriors in pursuit of fame, glory, and the honor of their city-states. To win such prizes, however, you must prove your mettle, display your valor, and bring the other Strategoi to their knees!
Designed to recreate small battles or larger skirmishes with 50-80 figures per side, each army will have its own unique mix of rules, advantages, backgrounds, and abilities. Strategoi must understand and appreciate the strengths and weaknesses of their forces in order to win glory on the battlefield. Of course, there's no telling what tricks a rival Strategos might have up their tunic sleeves…
Tags: Анонсы, Книги
Subscribe