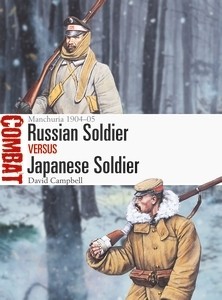 At the turn of the 20th century, the region of Manchuria sat atop a potentially catastrophic political fault line; the ancient strength of China was crumbling, leaving opportunities for both Russia and Japan to claw out new territories from the edges of that dying empire. Russian pride would contend with Japanese ambition in a conflict that ushered in the age of massed armies fighting on battlefields that were being redefined by the new tools of war such as newer, larger artillery pieces, and the use of machine guns in pitched battles. The vast, but over-stretched Russian Army was expected to steamroller its far smaller opponent, but the aggressiveness and zeal of the more modern Japanese military confounded expectations.
Examining these two armies in detail, this fully illustrated study tells the story of how these two empires clashed in the Russo-Japanese War, heralding a new phase in modern warfare as World War I loomed on the horizon. 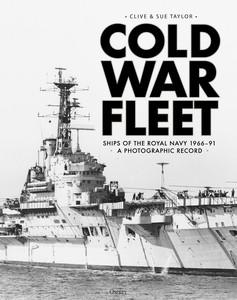 Cold War Fleet is a selection of photographs of Royal Navy vessels from the 25 years from 1966 to 1991. Each is reproduced at an exceptionally high standard, accompanied by a detailed caption. Many of the photos are completely unique and have never been published, such as the images of the minesweepers HMS Wilton and HMS Bossington photographed during Operation Rheostat in 1974. There are many ships displayed that took part in the Falklands conflict and a large number of aerial photographs.
Created by two of the most acclaimed naval photographers in the world, this stunning book is a window back in time to the Royal Navy of the Cold War, showing a fleet created to defend Britain and other NATO countries from Soviet attack. Featuring every kind of ship from aircraft carriers and destroyers to auxiliary vessels, this is a peerless resource for any enthusiast of naval history. 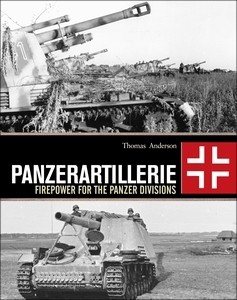 The German Panzerartillerie was one of the key components of the Panzer divisions that were the spearhead of the German forces in the years when they overran most of Western Europe and reached as far as the gates of Moscow in the East. Warfare in the age of Blitzkrieg required fast-moving, mobile artillery that could support forward units at the front line, and the Panzerartillerie provided that for the Wehrmacht. The Allies had no answer or equivalent to them until the US entry into the war.
Drawing on original material from German archives and private collections, including some images that have never been published before, German armour expert Thomas Anderson explores the formation and development of this force from its early days in the 1930s, through the glory days of Blitzkrieg warfare to its eventual decline in the face of the challenges of the Eastern Front. 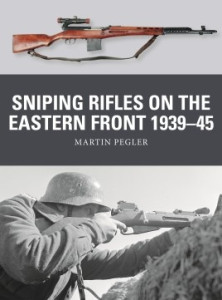 The Soviet Union had developed a significant sniping force by 1939, but the extraordinary skill and cunning displayed by Finnish snipers during the Winter War forced the Soviets to innovate. On the other side, German sniping suffered from a lack of standardization of weapons and a lack of marksmen deployed at the start of the Great Patriotic War (1941-45). There were few heroes in the conflict, but on both sides, the snipers were idolized - especially on the Soviet side, gaining almost mythical status.
As well as traditional bolt-action weapons, both sides used several types of semi-automatic rifle, such as the SVT-38 and the Gew 41. Offering greater firepower at the expense of long-range accuracy, such weapons would be profoundly influential in the postwar world. Fully illustrated, this absorbing study investigates the development of sniping weapons and techniques on World War II's Eastern Front. 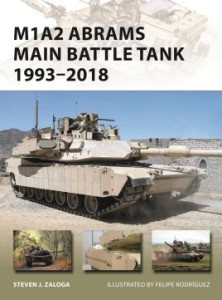 Since the Gulf War, the Abrams tank has undergone a transformation, while fighting in conflicts across the world. Its M1A1 and M1A2 variants have seen great improvements made to this iconic tank, including in fire-control, armour protection, and thermal imaging technology. Involvement in the conflicts in Iraq and Afghanistan necessitated a number of upgrades and modifications as the United States fought two of its longest wars. Recent years have seen new variants of the series such as the ABV Assault Breacher Vehicle and M104 Wolverine Heavy Assault Bridge. Over the past few decades, the M1A1 Abrams has also been extensively exported and is license produced in Egypt.
The long-awaited follow-up to NVG 2 M1 Abrams Main Battle Tank 1982-92 (1993), this fully illustrated study examines the Abrams tanks' last quarter-century of service with both the United States and its various foreign operators with a focus on its combat history 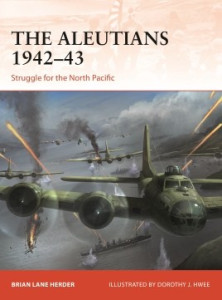 It is often forgotten that during World War II, the Japanese managed to successfully invade and conquer a precious part of American home soil - the first time this had happened since 1815. Capturing the Aleutian Islands, located in Alaska territory, was seen by the Japanese as vital in order to shore up their northern defensive perimeter.

Fighting in the Aleutians was uniquely brutal. It is a barren, rugged archipelago of icy mountains and thick bogs, with a climate of constant snow, freezing rains and windstorms. These geographic conditions tended to neutralize traditional American strengths such as air power, radar, naval bombardment and logistics. The campaign to recapture the islands required extensive combined-ops planning, and inflicted on the United States its second highest casualty rate in the Pacific theatre. Featuring the largest Japanese banzai charge of the war, first use of pre-battle battleship bombardment in the Pacific and the battle at the Komandorski Islands, this is the full story of the forgotten battle to liberate American soil from the Japanese. 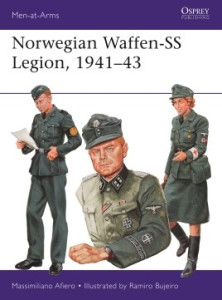 Following the Nazi occupation of Norway in 1941, the Waffen-SS began recruiting volunteers to serve in their ranks. Initially formed into small volunteer units, these developed into large divisions by 1943, referred to as ‘Legions' in Nazi propaganda. Early volunteers were promised that they would not leave Scandinavia and that they would serve under native Norwegian officers - but after the German invasion of the Soviet Union they were deployed to the Leningrad front alongside Dutch and Latvian units, in the 2nd SS Infantry Brigade. These units combined to form the nucleus of a whole regiment within the new 11th SS Volunteer Panzergrenadier Division 'Nordland'.
Fully illustrated with detailed artwork depicting the uniforms and equipment of the volunteer soldiers, this fascinating study tells the little-known story of the Norwegians who fought with the SS in World War II. 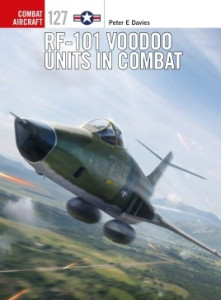 McDonnell's F-101 Voodoo series was in many ways the most interesting of the ‘Century Series' fighter programmes of the 1950s, partly because the type's design and intended mission changed radically during a 40-year career. Originally designed as a fighter-bomber, it was converted to be a reconnaissance aircraft, serving alongside the U-2 and RF-8 Crusaders during the Cuban Missile Crisis and the Vietnam War. Although it gained a reputation as a difficult aircraft to handle, the jet's supersonic speed and newly-developed camera suite enabled it to conduct vital low-altitude photo-reconnaissance missions over heavily-defended target areas.
In combat, the RF 101 was usually ‘first in-last out' for strike missions. This made it a ready target, with a solo aircraft flying straight and level to gather target photo evidence at low-altitude offering enemy gunners plenty of opportunity to shoot the Voodoo down. This study tells the combat stories of this extraordinary aircraft, highlighting the difficulty of the missions on which it was sent and the courage of its pilots.