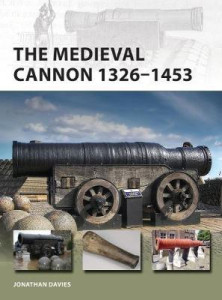 The first illustration of a cannon in Europe can be dated quite precisely to 1326. This book explores the development of gunpowder, the earliest appearance of cast-bronze cannon in Western Europe, followed by the design and development of the wrought-iron cannon. The wrought-iron hoop-and-stave method of barrel construction was a system that came to dominate medieval artillery design both large and small until the end of the 15th century, and saw the cannon used not only as a prestige weapon, but start to be used as a practical and terrifying weapon on the medieval battlefield. In 1453, the Ottomans' conquest of Constantinople, with their extensive artillery, marked the triumph of medieval firepower.
The book will focus on the technology and tactics of early European artillery on both sea and land, and assess its impact on medieval warfare. 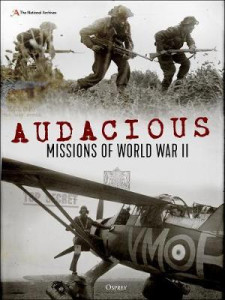 Winning World War II was about more than military force. It required guile, and tremendous acts of bravery by Special Forces and intelligence operatives who had the odds stacked against them. Using hundreds of documents and images from The National Archives, including some that have never been seen in print before, this book reveals some of World War II's most audacious missions. These include the SOE dossier of the plot to assassinate Hitler which shows that it was practically impossible; Operation Frankton, where commandoes paddled 100 miles upriver in canoes to Bordeaux to blow up Axis shipping; and the joint British-American Operation Fortitude where a phantom US army of inflatable tanks was planted in Kent, fooling Hitler into thinking D-Day would occur at Calais. 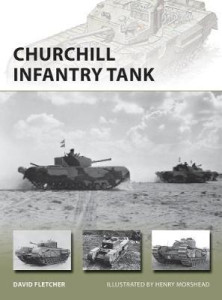 David Fletcher's history of the most important British-made tank of World War II.
The NVG covers all seven Marks of Churchill gun tank with variations and the curious self-propelled gun of 1941/42, but not the so-called "Funnies" or the armored recovery vehicle variants.
It will begin with the prototype tank A20, which has not been covered in any detail before, then go on to look at all seven Marks of Churchill, in particular their different guns. The book will also look at the tank's service in Russia and later with the Irish, Jordanian and Australian Armies. It will also feature the disastrous Dieppe raid of August 1942, ending with a brief look at the Black Prince or super Churchill which was only developed up to the prototype stage at the end of World War II. 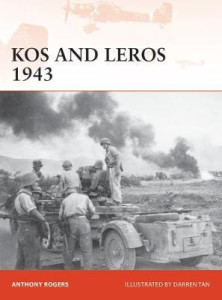 A highly illustrated account of the fighting on the Dodecanese in 1943 as the British sought to take advantage of the Italian armistice by opening a new front against Nazi Germany.
Fully illustrated with specially commissioned artwork, this is the story of the Nazi Germany's final conquest of World War II.
Following the Italian armistice of September 1943 the British saw an opportunity to open a new front in the eastern Mediterranean in order to add yet more pressure to Nazi Germany. For the operation to have any chance of success it was imperative that Rhodes be seized together with the island's all-important airfields.
Before the British could act, however, the German Sturmdivision Rhodos, with around 7,500 officers and men, seized control of Rhodes. Nevertheless, there was hope in the British camp that even without Rhodes some islands might be occupied. Kos, Samos, and Leros were duly secured and garrisoned primarily by troops of 234th Infantry Brigade, the SBS, and the Long Range Desert Group. They would quickly face a German counterattack though, from land, sea, and air and soon the British and Italians would be forced into retreat and surrender.
Nieuwpoort 1600 : The battle of the Dunes
The Eighty Years' War began as a limited Dutch rebellion seeking only religious tolerance from their Spanish overlords, but it quickly escalated into one of the longest wars in European history. Spain's failed invasion of 1599 and the mutinies that followed convinced Dutch leaders that they now should go on the offensive. This campaign pitted two famous leaders' sons against each other: Maurice of Nassau and Archduke Albert VII. One led an unproven new model army, the other Spain's `unbeatable' Tercios, each around 11,000-men strong.
The Dutch wanted to land near Nieuwpoort, take it and then march on to Dunkirk, northern home port of the Spanish fleet, but they were cut off by the resurgent and reunited Spanish army. The two forces then met on the beach and in the dunes north of Nieuwpoort. This book uses specially commissioned artwork to reveal one of the greatest battles of the Eighty Years' War - one whose influence on military theory and practice ever since has been highly significant.
Tags: Анонсы, Книги
Subscribe