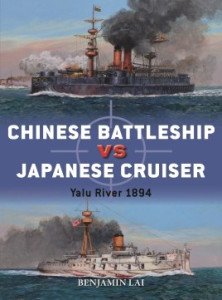 The 1894-95 war between China and Japan, known in the West as the First Sino-Japanese War, lasted only nine months, but its impact resonates today.
The Chinese Beiyang (Northern) Fleet was led by her flagship, Dingyuan, and her sister ship, Zhenyuan, which were the biggest in Asia; German-built armoured turret ships, they were armed with four 12in guns and two 6in guns, plus six smaller guns and three torpedo tubes. For their part the Japanese fleet, including the Matsushima and her sister ships Itsukushima and Hashidate, were each armed with a single 12.6in Canet gun and 11 or 12 4.7in guns, plus smaller guns and four torpedo tubes. The scene was set for a bloody confrontation that would stun the world and transform the relationship between China and Japan.
Fully illustrated with stunning artwork, this is the engrossing story of the Yalu River campaign, where Chinese and Japanese ironclads fought for control of Korea. 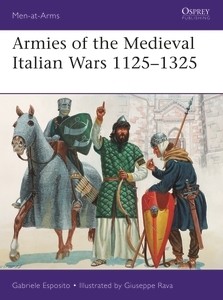 The great powers of medieval Europe fought continuously in the Italian peninsula between the 12th and 14th centuries as they sought to expand their territory. Invading armies from Germany - the Holy Roman Empire - saw the creation of the defensive Lombard League of northern Italian city-states. These struggles resulted in conflicts between rival confederacies, which in turn proved to be the catalysts for developments in organisation and tactics. Italian urban militias became better organised and equipped, the Imperial armies went from being mostly German to multi-national forces, and both sides became reliant on mercenary forces to prosecute their wars.
After the 1260s, France, relying mainly on armoured cavalry, and Spain, with their innovative light infantry, vied for control of southern Italy. On the seas, the great naval powers of Genoa, Pisa and Venice became fierce rivals, as they created great trading empires, bringing the treasures of the east into feudal Europe. Using detailed colour plates, this beautifully illustrated book describes the myriad of armies and navies that fought for control of Italy in the Middle Ages.

Half a century before the 'flying wing' B-2 stealth bomber entered service, John K. ‘Jack' Northrop was already developing prototypes of a large 'flying wing' strategic bomber, which would have been the most radical bombers of their age.
World War II brought a need for very long-range bombers and Northrop received a contract for a 172-ft span bomber, the B-35. Several of these were built, gradually evolving into the definitive XB-35 configuration. Testing revealed that the aircraft was invisible to radar, but engineers struggled to overcome the design challenges and several pilots were lost in crashes. While the program was cancelled in the 1950s, the concept extended into other highly innovative areas, such as the XP-56 and MX-324 Rocket Wing prototype fighters. But the greatest legacy was the first operational flying wing - the Northrop Grumman B-2 stealth bomber, which used much of the hard-won experience from the pioneering programs of half a century before. 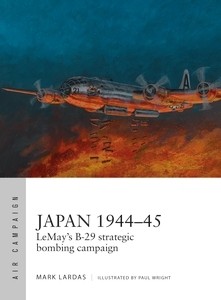 The air campaign that incinerated Japan's cities was the first and only time that independent air power has won a war.
As the United States pushed Imperial Japan back towards Tokyo Bay, the US Army Air Force deployed the first of a new bomber to the theater. The B-29 Superfortress was complex, troubled, and hugely advanced. It was the most expensive weapons system of the war, and formidably capable. But at the time, no strategic bombing campaign had ever brought about a nation's surrender. Not only that, but Japan was half a world away, and the US had no airfields even within the extraordinary range of the B-29.
This analysis explains why the B-29s struggled at first, and how General LeMay devised radical and devastating tactics that began to systematically incinerate Japanese cities and industries and eliminate its maritime trade with aerial mining. It explains how and why this campaign was so uniquely successful, and how gaps in Japan's defences contributed to the B-29s' success. 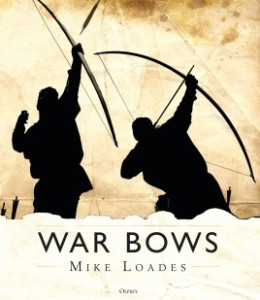 War bows dominated battlefields across the world for centuries. In their various forms, they allowed trained archers to take down even well-armoured targets from great distances, and played a key role in some of the most famous battles in human history. The composite bow was a versatile and devastatingly effective weapon, on foot, from chariots and on horseback for over a thousand years, used by cultures as diverse as the Hittites, the Romans, the Mongols and the Ottoman Turks. The Middle Ages saw a clash between the iconic longbow and the more technologically sophisticated crossbow, most famously during the Hundred Years War, while in Japan, the samurai used the yumi to deadly effect, unleashing bursts of arrows from their galloping steeds.
Historical weapons expert Mike Loades reveals the full history of these four iconic weapons that changed the nature of warfare. Complete with modern ballistics testing, action recreations of what it is like to fire each bow and a critical analysis of the technology and tactics associated with each bow, this book is a must-have for anyone interested in ancient arms. 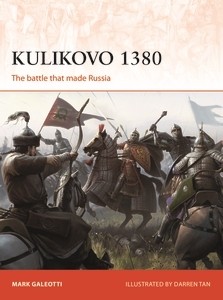 The 14th-century Mongol conquest of the Rus' - the principalities of Russia - was devastating and decisive. Cities were lain waste, new dynasties rose and for a hundred years the Russians were under unquestioned foreign rule. However, the Mongols were conquerors rather than administrators and they chose to rule through subject princes. This allowed the Rurikid dynastic princes of Moscow to rise with unprecedented speed.
With the famed ‘Mongol Yoke' loosening, Grand Prince Dmitri of Moscow saw in this an unparalleled opportunity to rebel. On 7 September 1380 his 60,000 troops crossed the Don to take the battle to Mamai's 125,000, which included Armenian and Cherkessk auxiliaries and Genoese mercenaries. Using specially commissioned artwork, this is the engrossing story of the victory that heralded the birth of Russian statehood. 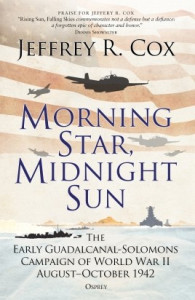 Following the disastrous Java Sea campaign, the Allies went on the offensive in the Pacific in a desperate attempt to halt the Japanese forces that were rampaging across the region. With the conquest of Australia a very real possibility, the stakes were high. Their target: the Japanese-held Soloman Islands, in particular the southern island of Guadalcanal.
Hamstrung by arcane pre-war thinking and a bureaucratic mind-set, the US Navy had to adapt on the fly in order to compete with the mighty Imperial Japanese Navy, whose ingenuity and creativity thus far had fostered the creation of its Pacific empire. Starting with the amphibious assault on Savo Island, the campaign turned into an attritional struggle where the evenly matched foes sought to grind out a victory.
Following on from his hugely successful book Rising Sun, Falling Skies, Jeffrey R. Cox tells the gripping story of the first Allied offensive of the Pacific War, as they sought to prevent Japan from cutting off Australia and regaining dominance in the Pacific. 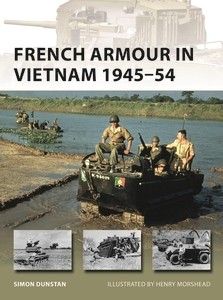 French experience with armour in Indo-China dated back to 1919, when it sent FT-17s to the colony, followed by a variety of armoured cars. After World War II, French troops were equipped with a motley collection of American and cast-off British equipment until the outbreak of war in Korea saw an increase in military aid. This included large numbers of the M24 Chaffee light tank, along with amphibious vehicles such as the M29C Weasel and LVT4 Buffalo, to conduct operations in coastal and inland areas that the Viet Minh had previously thought immune to attack. France's armour was a key part of the battle against the Viet Minh right up until the last stand at Dien Bien Phu.
Tags: Анонсы, Книги
Subscribe